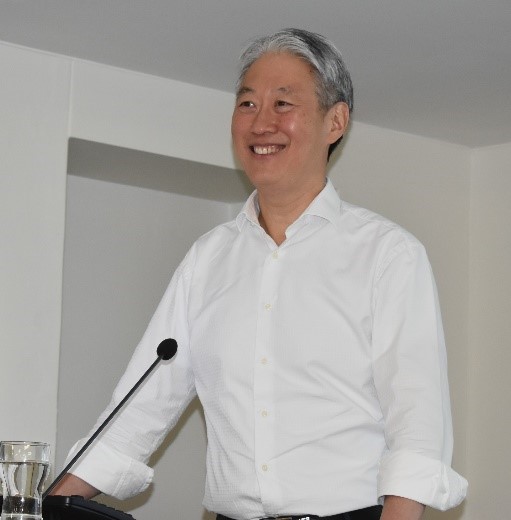 Dr Jeff Hsi was invited by The Institution of Engineers, Sri Lanka, NSW Australia Chapter, to deliver a lecture on 23rd January 2019 at the Engineers Australia Auditorium in Chatswood NSW Australia. The topic of the lecture was “Geotechnical Challenges – a Balance between Risk and Opportunity”.

Dr Hsi has been a practicing geotechnical engineer for over 30 years. He was previously the Chief Technical Principal – Geotechnics for SMEC Australia (a consulting firm) and is currently the Technical Principal – Geotechnical for EIC Activities, a member of the CIMIC Group (a construction company). He is also an Adjunct Professor at the University of Technology Sydney. At this lecture, Dr Hsi presented his views on the risks and opportunities in geotechnical engineering based on his experience spanning across the fields of consulting, construction and academics.

Dr Hsi’s presentation started with commonly encountered geotechnical problems involving ground deformation and instability. Such problems can be expressed as Serviceability Limit State (SLS) and Ultimate Limit State (ULS) conditions. For the SLS condition, the structural functionality is affected by ground movement but is not lost, whilst for the ULS condition, the ground has failed/collapsed and the structural functionality is completely lost.

Due to the variable and uncertain nature of the ground, geotechnical engineering inherits potential risks which at times are difficult to quantify and hence is often referred to as a “Black Box”. It is hoped that with adequate inputs to the Black Box, including investigation, available knowledge, engineering judgment, etc., reliably accurate outputs could be obtained, such as ground profile, geotechnical parameters and predictive behaviours.

Although there are inherent geotechnical risks, they are also accompanied by opportunities when these risks are adequately identified and managed. Dr Hsi presented a process that he always adopted in an attempt to mitigate risks and capture opportunities. This process involves a detailed geotechnical investigation and interpretation, state-of-the-art design methods, instrumentation and monitoring, and an observational approach during construction.

Three case studies were presented by Dr Hsi to demonstrate how geotechnical risks were managed and opportunities realised:

Case Study 1 – A cut and cover tunnel built in saturated loose sand. Through extensive geotechnical investigations, three-dimensional (3D) subsurface profiles were established to enable sophisticated 3D numerical modelling taking into account the excavation and construction sequence of the tunnel. As a result of this process, the diaphragm walls used to support the ground during excavation were halved in depth from the original design achieving substantial cost savings. The predicted performance of the tunnel during construction were confirmed by instrumentation and monitoring.

Case Study 2 – A slurry TBM tunnel bored through karstic limestone formation. Due to the unpredictable mixed ground conditions, sink holes had been created at the ground surface as a result of the tunnelling. However, such sink holes were not permitted below a heavily trafficked arterial road embankment and a live railway embankment. Geotechnical investigations, including boreholes and geophysical surveys, were undertaken to identify the presence of voids and cavities in the ground underlying the subject embankments. To mitigate the risk of sink holes, cavity grouting was undertaken below the road and railway embankments prior to the TBM tunnelling through these areas. Such treatments successfully eliminated the occurrence of sink holes and limited the ground settlements to within acceptable levels.

Case Study 3 – A two-staged reinforced soil wall (RSW) system constructed on soft soils. A conventional RSW system, comprising steel straps and concrete panels, was initially considered to be built over soft soils. As this system could not accommodate large wall deformation, substantial ground improvement measures, including concrete injected columns and in-ground concrete panels, were proposed to limit ground settlement. Upon examination of the geotechnical risks and opportunities, a two-staged RSW system was proposed, which involved construction of a flexible RSW with steel mesh facing, followed by the erection of permanent concrete wall panels upon completion of ground settlement. With this system, more than 95% of the originally proposed ground treatments were removed achieving a significant cost reduction. The predicted RSW performance was confirmed during construction via extensive instrumentation and monitoring.

Dr Hsi concluded that when geotechnical risks were adequately controlled and managed, substantial opportunities could be captured and realised.