Evolution of Machine to Machine Communication 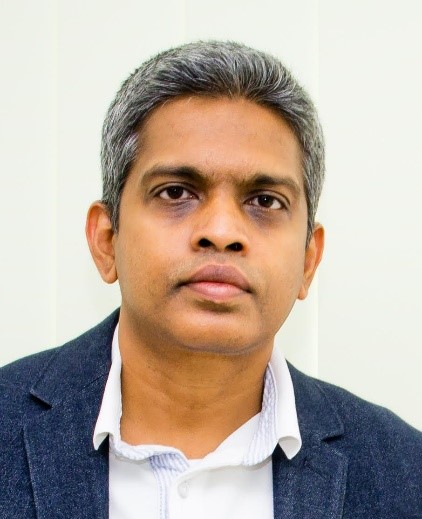 Eng. Indaka is an engineering professional graduated from the University of Moratuwa, Sri Lanka, specialising in computer science and electronics design. He has played diverse roles from a software engineer to a delivery manager at Virtusa Inc, then in the South Asian operation of Navantis Inc. as the CEO.  Eng. Indaka is now heading iTelaSoft Pty Ltd as the Co-Founder and CEO. iTelaSoft is a Technology Innovation Agency focused on FinTech, IoT & Embedded Electronics, Machine Learning, and Software Product Engineering in Australia, Sri Lanka and UK.

Machine to Machine Communication, or better known as M2M is an integral aspect of modern technology space of IoT. In its very core, M2M Communication is, autonomous messaging between machines (devices) and taking actions with little or no intervention from human decision making.

There are machines that can sense/measure something in the physical world (sensors), and other machines that perform some action (actuators) in a M2M network. They all use a communication channel in order to talk to each other, and a commonly understood language (aka protocol) to structure the meanings. It is worth to mention that there might be certain machines that may act both as a sensor, as well as an actuator. Also, there might be certain machines, which are neither a sensor nor an actuator, but listens to messages, make decisions and transmit more messages. Depending on the need, some machines may have built in computer capability (processing) and the ability to remember some information (memory).

While it is gaining a significant attention in the recent times, M2M communication has been around at least for more than half a century. In the early days, crude start of this subject started as Telemetry, which allowed measuring (or sensing) parameters remotely and autonomously, and then record them or take actions (or trigger alarms). One widely known example is the use of weather balloons to capture atmospheric data. Due to special infrastructure required, cost and expertise for operating, early use of telemetry was limited to government, scientific and large enterprise applications.

In 1970s, with the expansion of the telephony network in many countries, as well as development of the radio technologies, readily available & affordable channels emerged for M2M communication. With that, many innovators and businesses used M2M communication for widespread applications. In the meantime, certain standards emerged for facilitating interoperability and an economically viable equipment supply chain. One of the pioneering standard frameworks was SCADA, which is still being widely used in industrial automation, provided architectural inspiration for modern day IoT. 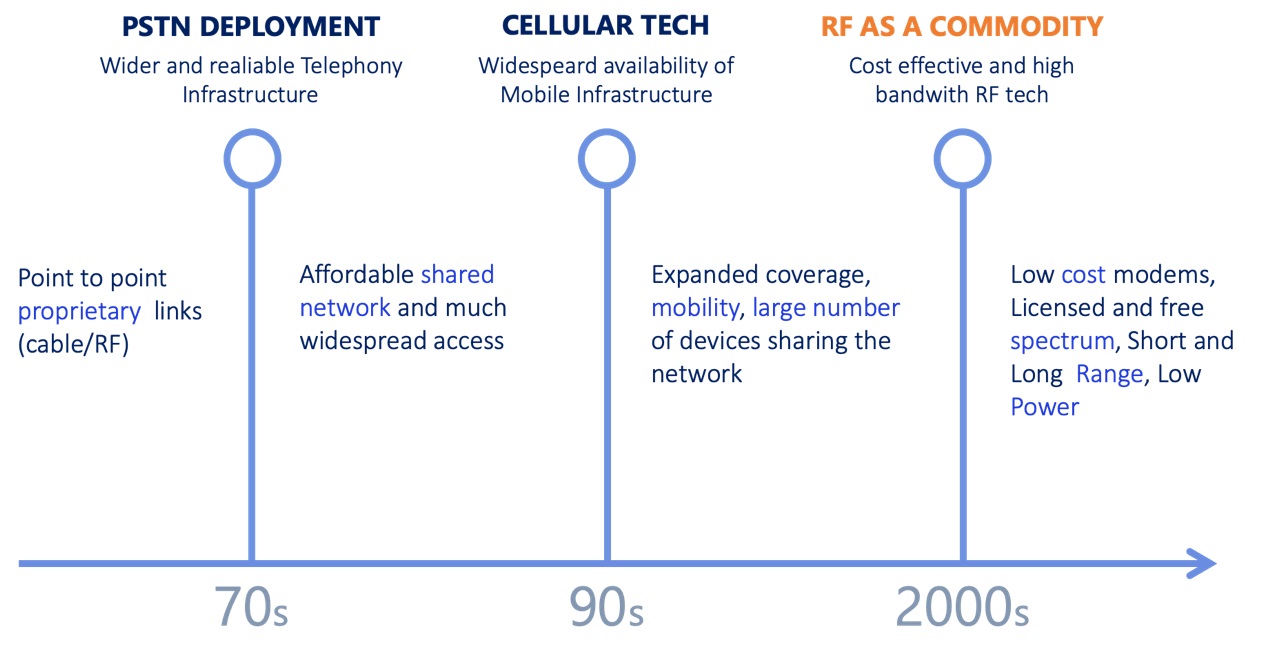 In the 1990s widespread use of cellular communication technology (especially GSM which was a pure digital format) pave the path for another wave of adoption as a M2M communication channel, not only for stationary, but also moving objects (devices). Even today there is a significant number of devices using GPRS (General Packet Radio Service) which is a part of GSM standard, as the communication channel. In the 2000s other consumer grade radio access technologies emerged such as WiFi, Bluetooth, RFID, LoRa etc. which made many different applications possible. With easy access to the technology, fast provisioning (how quickly you can get a data line subscription), affordability, and off-the-shelf standardised components, innovations became drastically accelerated.

In today’s world, M2M communication is a one of the core elements of IoT based applications and one of the largest growing technology sectors. From production automation, agriculture, infrastructure monitoring, surveillance, automotive control, building automation, entertainment, to day-to-day lifestyle, we widely employ M2M communication for very different applications.

Machines (“things” in IoT terminology) come in various shapes! There are “big things” like vehicles, washing machines, industrial equipment, gas pumps etc. that has enough power and computing capability. Also, there are “small things” like temperature sensors, water meters, moisture readers etc. that has certain constraints such as limited power availability, little processing power and minimal memory capacity. Those are called “constrained devices”. They need specialized communication channels and techniques to operate under their limited capabilities.

In a real-world scenario, machines (“things” in “IoT terminology”) in a communication network require a few more components for orderly communication and to accomplish something useful. 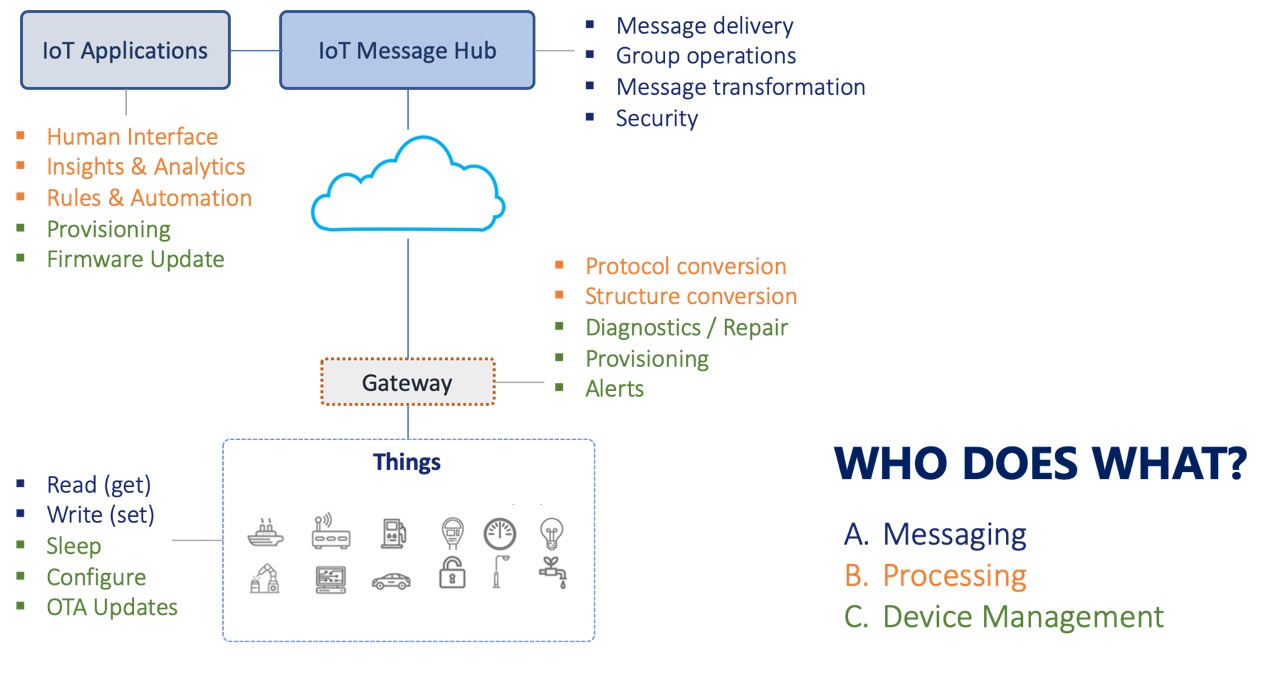 Rather than talking to each other’s directly, “things” often use a Message Hub (analogous to the postal service in human world) to manage message delivery. Message hubs take the responsibility of securely delivering a piece of message from one device to another, or many others. M2M communication is usually applied between the “things” and the message hub (over the internet or a private network).

sometimes, there might be “certain things” those who don’t talk the “language of internet” (IP Protocol), which require special Gateways to perform translations.

Finally, IoT Applications do play an apex role in the ecosystem, by consuming some (or all) messages and applying them into a real-world business use case, digesting information, decision making and interacting with humans when applicable.

When considering a suitable communication mechanism among machines, there are few considerations to be made.

Depending on above, choices has to be made in the following aspect

There are many choices of data links available in today’s M2M ecosystem, which may use electric signals, radio frequency or light as the communication medium. Depending on its characteristics, they offer wired or wireless connectivity, and may be suitable for either short range or long-range connections.

Recently, there are a number of data transfer protocols developed and standardized for M2M communication. Some of them are general purpose (HTTP, MQTT etc.), while some others are purpose built for M2M (CoAP, LWM2M, OMA-DM, TR-069 etc.). The protocol can be considered as the language being spoken in a M2M network. Depending on the nature of the use case, some protocols might be more suitable for an application over another. 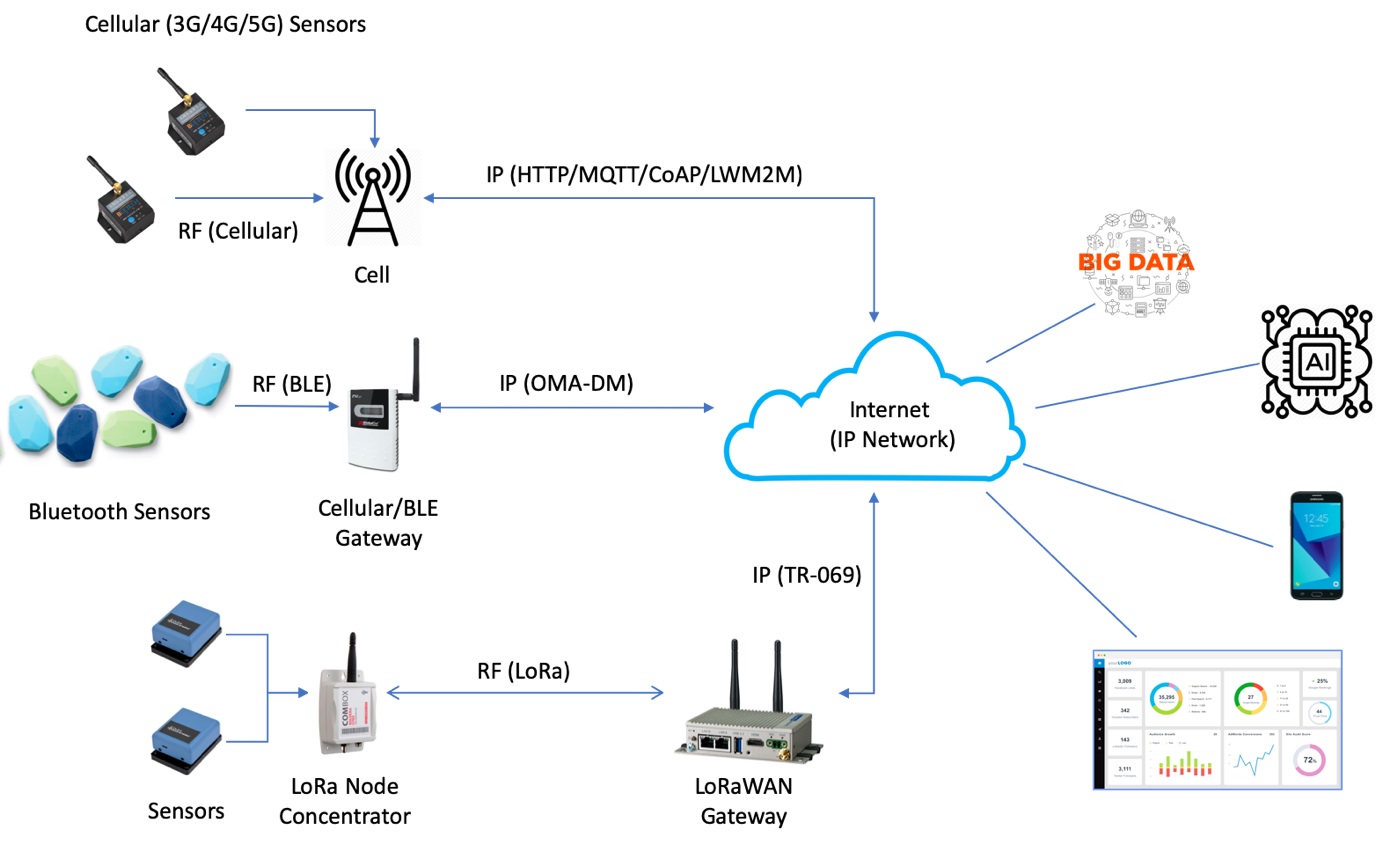 In the illustration above, it can be seen how different types of devices communicate over a M2M network. Depending on the nature of the devices and what sort of communication need is required, they may use different data links, data transfer protocols and data formats.

In the last decade, there was a significant shift in a few key aspects, which created many opportunities in the M2M space.

Due to the above advances taking place in the ecosystem, developing IoT applications using M2M communication has never been more practical. With ever developing technology standards and availability of off-the-shelf building blocks, entry barrier for anyone to innovate is greatly reduced. Also, taking an idea to a proof of concept has greatly accelerated even with the use of limited skills. Wide array of technologies available and affordable data transfer services have made M2M communication to be practically applied in a wide array of use cases in many different industries. With all these attributes, M2M communication is expected to expand its presence significantly over the coming years, creating possibilities in productivity, sustainability and human well-being.

Back to newsletter homepage